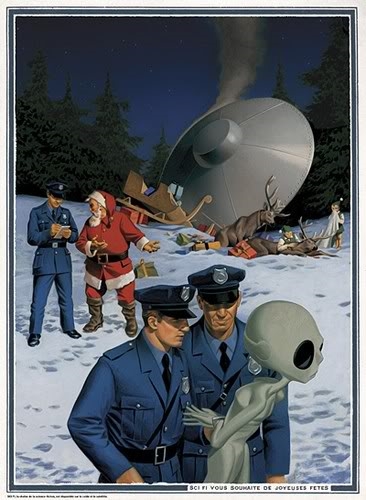 Because of the somewhat sensitive nature of this story I’m going to post one of my favorite pictures to lighten the mood, instead of one that represents what the story is about.

“Everybody on the ground!” The troubled kid from calculus shouted. He didn’t need to ask twice. We all dove under our desks in the class room faster than gravity could have dropped us.

“What is he doing?” I whispered to my classmate Jason. We sat towards the back so I didn’t think the shooter could hear us. “And where did he get that rifle?” The shooter was directing the teacher to lock the door, and then forced her to the back of the class.

“I don’t know Thomas.” Jason whispered back. “His parents hate guns. He for sure didn’t get it from them.”

“Enough chit chat!” He shouted again. “Cell phones out and shove them up front. There’s twenty two of you, and I can count!” I took out my phone and hoped one of my classmates had called the police. I felt bad that I had chosen to talk instead of make the call.

“Everybody listen up!” He shouted.

“Did you call the police?” I whisper to Jason.

“I said listen up!” He yelled again. “I finally get a chance to speak, and nobody’s going to stop me. Thomas!” The name hit me like a shot from his gun. “Quit running your mouth and get up here!”

I appreciated how quite it was as I walked towards the front of the class. No one said a word. There had been no alarm sounded, and as far as I could hear, no police had called. Or at least, if they were called, they wouldn’t get here in time.

“On your knees Thomas!” The shooter shouted. I drop to my knees as he raises the gun.

“I’m going to make sure everybody remembers this day. Starting with you.” He had been shouting up until this point, but these words were said in a whisper.

“You haven’t chambered a round dummy.” I say. He looks to the side of his gun to see what I’m talking about. In that brief second I knock the gun away from my forehead, and stand up quickly, using my head to bash him in the jaw. Then punch him just below the sternum to drop him to the floor. I put my foot on his throat and grab the rifle out of his hands.

“Next time you steal a gun.” I tell him. “Make sure the chamber’s open.” He can’t respond because he can’t breathe properly at the moment, but I can tell that my point has been made.

A couple of my classmates flip him over and pin his arms behind his back. I break down the rifle and hand it to the teacher.

“I’ll get this to the principle at once.” She says.

“No.” I tell her. “We can’t give him any publicity. That’s what he wants. He was dying to get some attention from this. We can’t give him that. Give me three of the football players a pass to escort him to the parking lot, and call the police. I’ll stow the rifle in my bag as evidence. Quickly, quietly, no one hears a word of this.”