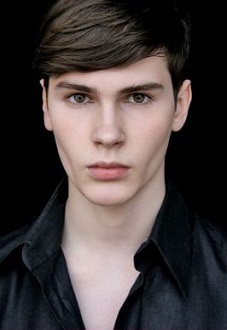 Abortion is legal until the age of 18, a kid who’s still a month away from his 18th birthday faces a difficult choice.

“Good night dear, we love you.” My parents called.

“Love you too.” I called back. Love me, that’s what they said. They didn’t know what I’d done today.

I had been a part of all the right extracurricular activities and volunteer groups. Until today my chances of getting into the right school had been 100%.

Today had been the SAT. I had practiced for months, read every book on the subject, and taken every necessary class. My preparation had been ideal, and every sign indicated I should score in the top 5%.

I scored in the fifth percentile alright, just not the upper fifth. I hadn’t told my parents my score. Most students received their scores a week after testing. I didn’t know you could receive your scores the same day until today. After I had completed my exam, one of the proctors pulled me aside and told me that I had scored in the bottom five percent.

Before I could cry out that such a score wasn’t possible for me he had hastily told me that I wasn’t supposed to know, but parents had been known to abort their children when they scored low.

“My parents would never do that to me!” I had shouted. Thankfully he had pulled me into an empty soundproof room to have this discussion.

“Is it?” He asked. “You know who gets the pre-birth abortions right? Kids without futures” I didn’t respond. “Think about it kid, think of all those children with birth defects who get the axe.”

“But I’m not defective.” I said, still reeling from what I was hearing.

“I know that.” He responded. “I didn’t say you were, but to them, they’ve put a lot of money, time, and energy into your success, and after today, well, not saying anything about your future kid, but that kind of a score doesn’t look good.”

I thought about all the vacations my parents had taken me on, all the money on tutors, private schools, summer school, vacations to educational places, and all of it in their eyes was now wasted.

I could retest of course, but not until after my birthday, and a retest wasn’t a clean slate. I still had community colleges, night school, trade school, apprenticeships, but medical school was all but gone for me.

To them, I might as well have just plastered ‘boomerang generation’ on my forehead. My outlook on life did not look good.

I had jokingly told my friend that my parents would kill me if I scored low. Could it be true?

“How old are your parents kid?” The man asked me.

“Still young enough to start over.” He told me. “Adoption agencies are eager to give kids to parents with practice.”

‘We love you’. My parents had told me before I went to bed. Was I willing to stake my life on that?

3 thoughts on “How much do my parents love me?”