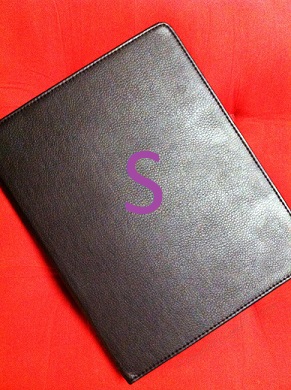 January 1st- Lost eagle woman yesterday. It figures, we just had our first date, and some supervillain just had to take her out. I should’ve known. It was a new year, and things were looking good. Things always turn absolutely horrible just when stuff is sorting itself out. I don’t know if it just got too quiet and the human fly got bored, or if he knew somehow, maybe he had our secret identities pegged. All I know is she’s not here anymore. Happy new year.

February 14th- Fourth villain back in jail today! Felt like letting of some steam so I called in sick to work and spent the whole day fighting crime. I didn’t feel like talking to coworkers today so it’s for the best, and I got so much done! The commissioner tells me that I might crime fight my way out of a job if I keep this up. It’s just good to keep my mind off things. There’s a lot I don’t want to think about today.

March 17th- Ultraman came into town today and said he’d cover for me. Apparently the league of heroes has noticed I’ve been burning the candle at both and ends and thinks I need a break. Let’s see if my new all-purpose anti-toxin works on alcohol!

March 18th- New all-purpose anti-toxin does not work on alcohol.

April 1st- Mer-woman set me up on a date with her sister the dolphin whisperer. Ocean heroes are a little bit underpowered, but man is dolphin whisperer a catch! On second thought it’s probably really offensive to call someone who works with aquatic life ‘a catch’. I’ll have to think of some other compliment between now and then.

April 2nd- All of my intelligence and prep work, and I failed to notice they set me up on April. They thought I knew it was a joke, they all knew I wasn’t ready for a relationship, why would they set me up for real? It had been a cooperative mission to some underwater something or other. I don’t know who that villain was, but he probably won’t be swimming or walking anywhere for a while. I may have vented a bit.

May 10th- All the college and university students are home for the summer. Swinging by the usual nerd hangouts to see if any of the recent graduates are side kick material. Eagle boy moved on to a new city, and I could use an understudy to help out with the summer rush of villains.

June 6th-Alien invasion! Woohoo! Haven’t got to bust out this much gear since the mind control device put half the league under the control of the disembodied brain. I have been dying to put my new remote control stealth fighter squadron to the test, and I even just got my knockout gas optimized for this particular species. Good day!

July 4th-Bloody Americans, that’s all I have to say. Bloody, bloody, Americans.

August 29th-Summer’s over and no apprentice, got a couple contacts who are heading into graduate school. One of them is working in high energy theoretical physics, that’s always promising. I’ve looked into his work, and they have just the right mix of brilliant and reckless that causes super powering lab accidents. Very promising.

September 10th- Absolutely nothing happened this week, not so much as a liquor store hold up. September is such a chill month. Got some time to think on things, and had a couple lunches with ultraman. He’s worried about me putting so much time into my superhero career. Got deep, shared some stuff, made some revelations. He knows the dating scene is frustrating me, and says I’m just holding back hoping something resurrects eagle woman. I disagreed, but he pointed out I have remote operated stealth jets. If I have the time, money, energy, and intelligence to do that, I should be able to figure out dating. He might be right

October 31st- I love Halloween! It’s like superhero appreciation day. Went into a club that was entirely dressed like me! It was like a fan convention. Had some really long talks with fans. All of them were very complimentary on my super realistic costume and in-depth knowledge of my own exploits. One woman in particular seemed fascinated. Got her number, but I’m not sure it’s right to date a fan.

November 26th- Been hanging out with the girl from the club, and have reflected on this year. It’s been some ups and downs for sure, but in the end I’m just grateful that I’ve got people around me to support me. There’s ultraman, my fans, my ex-sidekicks, the commissioner, and even the ocean superheroes had been real friendly, even if they were kind of jerks. All in all, it’s been a good year.

December 25th- No supervillain holiday attacks this year! Been doing this a decade and that’s a first! Commissioner seems to think it’s because I’ve got them all in prison. Whatever the reason it’s been nice to spend some time with old sidekicks. I don’t have any family, except for these brave young men, and it was thoughtful of them to come back and do some good old fashioned superhero bonding through training drills. Still just talking to my one special fan from the club. I think I’ve got a new year’s resolution for her.

January 1st- I did it! First time going on a date in over a year, and she seemed just as excited to me. She even wants me to wear the costume. I think I will, and she just might find out how realistic it is.

Thanks for reading guys! This is the last one for the week, taking the opportunity this weekend to edit up the two book projects, and get some work done on the novel. See you guys Monday!