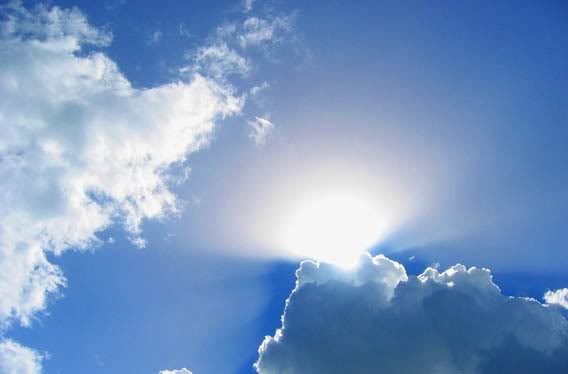 You walk into a white room. It’s a familiar sort of white room. You know you’ve died and are about to be judged. In front of you is a file with notecards on it. A quick glance tells you that on these notecards are everything you’ve ever done. Every thought you’ve ever had. Every website you’ve ever been to. It’s all there. You recoil with horror at the sheer quantity of the negative. There are a few gems here and there, but they’re drowned in a sea of taint. Shuddering you put the notecards back and turn away. You look for the stairway down. You don’t want to be up here with all the people who have clean files. You’d rather find someplace where there are other people like you who you can stand to look in the eye.

Then a funny thing happens. A single man walks in from somewhere and picks up your file. He has a file of his own, but it’s glowing white. You want to turn away and run before this person can see what you’ve done, but you stand there and watch as he opens the file and looks at the first notecard. You see the site address on it and cringe. Not that one, anything but that one. You know you’re done now. Only, instead of banishing you he takes out a quill that’s dripping red, and writes his name on the card. No, he can’t take that burden. You did that, not him. He takes a second card, one that has a girl’s name on it, and writes his name on the card. You watch helplessly as he takes every single bad card out of the file and writes his name on it before turning to you and saying “You were never meant to carry the weight of this. I will carry it for you. Come now and rest, your burden has been removed.” Sidenote: This was directed at the OP, so it’s to be expected if not everybody gets it.