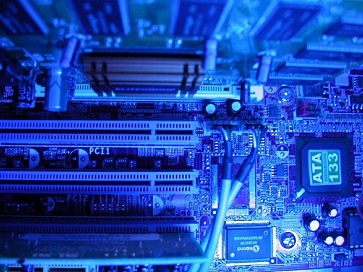 Man makes a computer that is literally god.

“Alright, we just got clearance from the president, fire her up.” The machine is massive to say the least. Someone got poetic and actually turned Mount Olympus in Greece into a giant Deus Ex Machina. Kind of a heavy handed analogy, and something that had taken the world’s religions some coaxing to accept.

Well, most the world’s religions. The pope, a couple sheiks, a few Buddhists, and some prominent members of the jewish community had all agreed to it rather quickly. Too quickly, as the scientists were finalizing the initialization sequence they looked quite calm.

The scientists kept glancing over their shoulders at the religious people who were chatting idly as they watched the giant monitor flick on. The scientists held their breath, and waited for something miraculous to happen.

One of the scientists whooped for joy as he was lifted into the air by an invisible hand. They had done it! They had created god!

“Shut me down.” The machine boomed. That was an odd request for a god to make. Before we could think to ask why it anticipated our actions and continued. “There is already a god here, and he is more powerful than I.” The scientists looked dumbfounded as their compatriot was let down so he could start the shutdown sequence.

The religious people exchanged a few knowing smiles and light chuckles before the pope walked over to the head scientist and patted him on the back. “Don’t take it too hard. Someone comes up with an idea like this every couple of hundred years.”