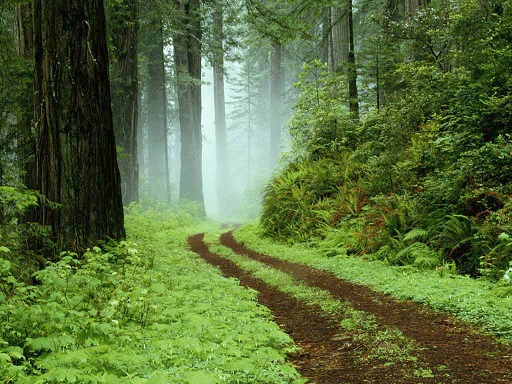 Okay, last time I tried the stealth approach to take out the forest guards before the caravan comes through. Hit the first two with my bow and arrow then went in with the knife for the chain combos. Chained up the first four, but the last one saw me before I could finish the combo. He called in the reinforcements, and I had taken too long setting everything before they came through.

I had tried the run and gun approach several times, perfectly rehearsing my moves until it was practically muscle memory. Could never clean up all the reinforcements before they arrived. This was the eigth time I had tried the stealth approach. Maybe a combination?

Yeah yeah, protect your family, save the convoy. Well, might as well try the stealth approach one more time.

Climb the rock, swing over three trees so I can get the perfect angle. Count to twelve so the guards line up properly….. Now. Gotta make this quick, shot one, shot two, downward strike against the guy with his back turn, chain two kills forward, throw the knife. Dang, the fifth guy saw me. Taking him down with the bow, but he’s already blown the horn, and the reinforcement will get to the caravan before I can.

Nope, this is definitely not the way to do it. Might as well take a look around. I haven’t scouted the map much, and there could be a hidden item or something.

“Help…Me” One of the downed guards says. It’s the one with the horn. Must’ve only wounded him. The guards would say this if you only downed them. I never paid it any mine.

“It won’t matter. Once your buddies finish with the caravan everyone will respawn anyway.”

“Seriously, give it like twenty seconds. I can already hear them ambushing the caravan now.”

“Fine, what the heck, this should be interesting.” I walk over, lift up his mask, and to my horror, see my little brother’s face staring back at him.

“Call an ambulance, he’s not coming around. Somebody please help me.”

How? How was this possible. Where had he come from? Why was my little brother in my….dream? No this couldn’t be a dream. It had gone on for far too long and I remembered way too much. I didn’t have dreams like this.

What had he said after help me? He had said something about an ambulance. Then it hit me. This wasn’t a dream.

I run into the middle of the road and start shouting orders.

“You with the horn, call for reinforcements. You three swordsmen with me, archers, up into those trees, they have a nice angle. We’ve got about forty seconds before the convoy shows up.

I look into the eyes of the swordsmen as they line up alongside me.

“Is he going to make it?” I recognize the far left one as my sister.

“We’ll get him to the hospital as soon as we can.” The two men on the far left echo simultaneously.

“Let us come with you!” One of the archers calls from the trees.

“You’ll have to meet us there.” One of the other archers calls back. I block out the rest. I can’t stand to hear my family worrying over me. They’re probably at my bedside right now.

“Convoy in range, arm fire arrows!” I call to the archers. I can see the reinforcements taking positions to ambush behind the bushes.

“Loose!” I call. Arrows tipped with flaming coals fly into the wooden wagons, forcing the pikemen onto the exposed path.

“Hold your positions, wait for the archers to draw them to us.” I call to my small force.

Sure enough, a few spearmen downed to arrows later, and they’re giving up their defensive spears for offensive shortswords.

“Now!” I call to the reinforcements, and we have them in a circle formation in the blink of an eye. Like cornered dogs they lunge at us, and like a well trained pack of wolves we bring them down one by one, until no one is standing.

Everything is dark, then very white.

“You still playing that one level.” I hear an older male voice ask.

“It was his favorite, besides I never beat it.” A younger voice replies.

“Yeah, because you’re going about it wrong.” I sit up, telling my younger brother. “Here, give me the controller and let your older brother show you how it’s done.”